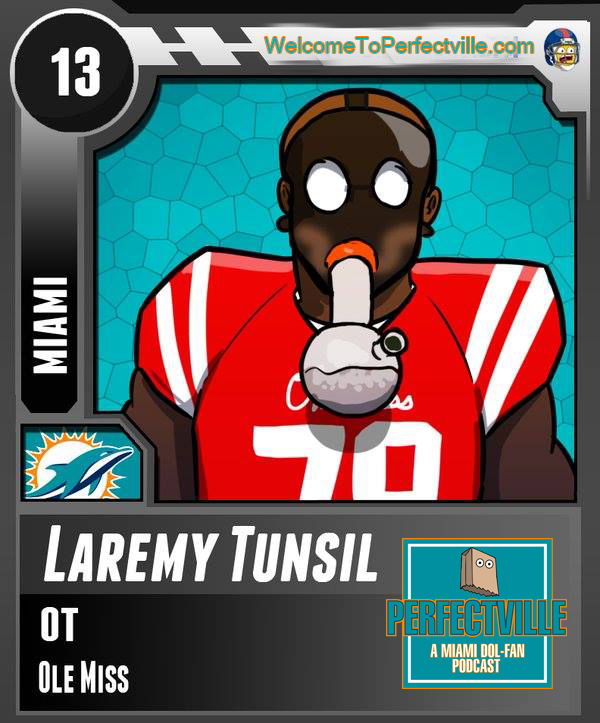 The picks are in and The Miami Dolphins have arguably walked away with the most talented, yet most controversial, player in the draft. Offensive Tackle Laremy Tunsil, once thought to be a sure fire first overall pick, saw that go up in smoke as a damning video of him smoking pot surfaced minutes before the NFL Draft kicked off. The viral video quickly made it’s way around the world and teams shied away from the talented, yet seemingly troubled, football star.

That is until the Miami Dolphins made sports headlines everywhere and ending the slide of Laremy Tunsil at pick number 13. Find out what Sam and Chris thought of the first round selection as it happened, and now a week later (one of the hosts was insanely upset over the pick, in real time). Plus, listen for in depth analysis of all of Miami’s eight draft picks and what it means for current and future players on the roster and why Sam now thinks that this is a two year re-building cycle. A can’t miss, SUPERSIZED edition of Perfectville!

Subscribe to Perfectville on iTunes @ https://itunes.apple.com/us/podcast/perfectville/id1076442012?mt=2 MAKE SURE TO RATE AND REVIEW US!