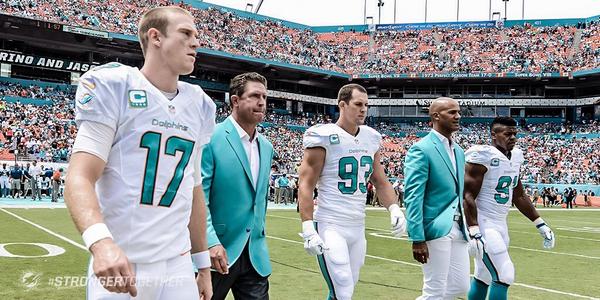 A player’s job in the NFL is unlike most professions in many ways. Voting for captains (superiors) is one of those unique traits. Today, the Dolphins elected five captains for the 2016 season.

Mike Pouncey – This one is a bit of a surprise. Then again, hosting offensive line meetings at strip clubs probably goes a long way with rich 20 something year old men.

Reshad Jones – The best safety in the league and best player on the team, he leads with his play more than anything.

Cameron Wake – The leader of this Dolphins team for the better part of the last decade, Wake sets his example on the field, in the weight room, in the kitchen, hell, everywhere.

Michael Thomas – From the 49ers practice squad in 2013 to one of the unsung heroes of the Dolphins roster, Michael Thomas is a quintessential special teams ‘ace.’